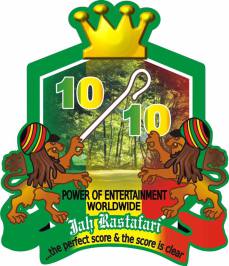 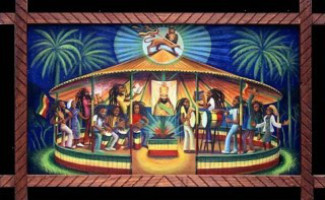 THROUGH JESU YAHUSHUA OUR HEBREW MESSIAH

For the upcoming series, see www.communitytalenthunt.com

Community Talent  Hunt (often shortened to CTH) is a ten over ten entertainment  talent show competition which  started in June 4th  –June 19th  2016 the show is ten over ten production  distributed by Majgeona Enterprises (Nigeria). The CTH  is a reality show .anyone of any age with some sort of talent can audition for the show. Acts compete against each other in order to gain the audience support while trying to win the title of "the winner of Community Talent Hunt’’. The original judging panel consisted of present established entertainers in the community.

Throughout the show, contestants must perform in front of the judges, and initial auditions will be held in front of a live audience. Auditions precede live semi-finals, where the final contestants perform nightly for a week in order to impress the Nigeria public. Each night, two acts from each semi-final (the act with the most votes and another chosen by the judges from the acts in second and third place) progress to the live final which takes place on the saturday of the following week. Miss Augusta Agwaze is the 2016 seris 1 Winner :  the winner is given the opportunity to perform at the Community variety performance in front of members of the Community Royal Family, including either the king or member of the royal palace, and also receives a recording contract and brand ambassador till the next series.

Sponsored and Powered by  Ten over Ten Power of Entertainment WORLDWIDE!

The show's format was devised by the x factor creator and Sony music executive Simon Cowell, who has created many got talent series across the globe. and now rearranged by creator of Community Talent Hunt and Ceo Ten over Ten Entertainment  Kess Majemite.

The auditions take place in front of the judges and a live audience at different location across the Community. at any time during the audition, the judges may show disapproval to the act by raising a red card from their panel of judgment. if all the judges raise their red card, the act ends immediately.

After the auditions, the judges have to whittle the successful acts down to the semi-finalists.

The performers are called back to discover if they have progressed to the live semi-finals.

During this period some acts would be asked to perform again as the judges were having difficulty coming to a final decision on whom to send through to the semi-finals.

The semi-finals and final are broadcast live from with a varying number of semi-finals, followed by the one live final (sometimes split into two episodes over one night). The remaining acts perform in semi-finals, with the two most popular acts from each semi-final winning a position in the final. Judges may still end a performance early with four red cards. after all acts have performed, phone lines open for a short time, while the public vote for the act they think was the best. After the votes have been counted, the act that has polled the highest number of public votes is automatically placed in the final. The judges then choose between the second and third most popular acts, with the winner of that vote also gaining a place in the final. All other acts are then eliminated from the competition.

If there is a two-way tie, the act with the second highest number of votes from the public would be sent through to the finals, otherwise the judges' decision stands.

This is when all remaining art from the semi final go into balloting and picking from the box to know the act they are against to processed to the final.

The night is planned to be a red carpet affair. Hosting a member of the royal family of Oroje of Okpe kingdom, representatives from the state government, foreign and local media interest and private and public sector. it will be promoted as a semi private exclusive event for the “who’s who’’ of industry insiders. The event will feature great music and live performances, networking, cognac and champagne sampling, dancing, beautiful promotional models, a lavish spread of appetizers, elegant dining cuisine, ice sculptures, gift bags and more!

COMMUNITY TENOVERTEN GRAMMY AWARD NIGHT: Presentation of Award to different Entertainers base on the category they nominated for, A certificate of achievement and medal with Different arist perfoming to make the whole area flurished with entertaiment.

We love to hear from you! all your feedback and comments are really important as they will help us develop the best services we possible can. if you are looking to comment on a show, make a complait or give feedback, viewer services, Tenoverten Tv & Radio viewer support, interactive support, accessibility, jobs and commercial enquiries. You can find our contact details below.

Air your audio and video live worldwide via Links

Quality DJ for your music mix and mix tapes

Renting of luxury cars for your weddings & parties

Mc’s for your weddings & parties

FOR BOOKING AND ADVERT PLACEMENT!
SPONSORSHIP/DONATIONS!

Your form message has been successfully sent.

You have entered the following data:

You can also contact us by using the form below:

FOR BOOKING AND ADVERT PLACEMENT!

We are located at:

Get social with us.

If you have any queries or wish to make an appointment,